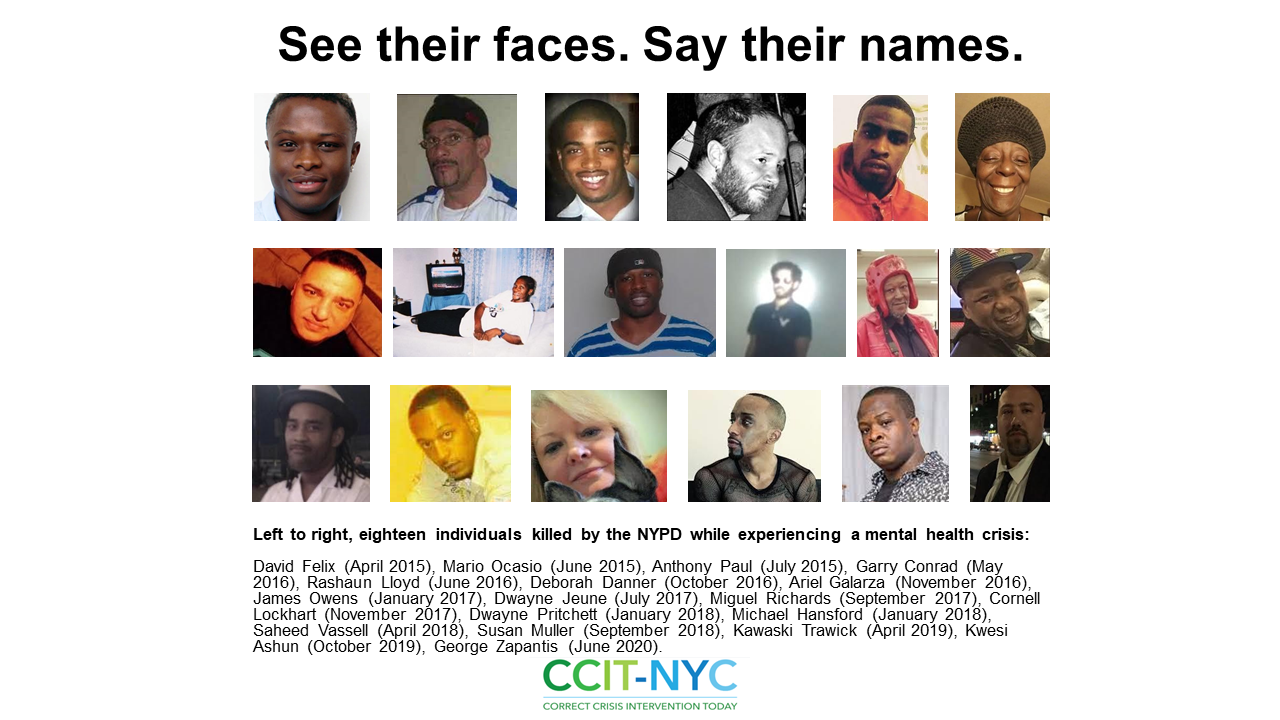 At the same time, CCIT-NYC reiterates the need for a mental health crisis response system that incorporates the latest standards in crisis de-escalation, and is responsive to the concerns of affected communities, especially communities of color.

The Mayor and the City Council must ensure that New York’s crisis response system is:

While CCIT-NYC calls for a healthcare-only response, the answer is not New York City’s Emergency Medical Services (EMS), which has made clear that it does not want its staff to be responders; indeed, they have already struggled to fill positions at the pilot stage. Further, EMS is often a first responder under the current system, which has failed our City and does not have the support of people with disabilities.

CCIT-NYC urges the City to adopt its proposed model, which is based on the hugely successful crisis response system in Eugene, Oregon – Crisis Assistance Helping Out On The Streets (CAHOOTS) – that currently serves as the model for response systems across the country, including those in Los Angeles, Denver, San Francisco, New Haven, and an ever-growing list of other cities. With its corps of independent emergency medical technicians and civilian crisis workers – the vast majority of whom are peers, and all of whom received a minimum of 500 hours of on-the-ground training in crisis counseling, conflict resolution, and medical care – CAHOOTS has a 30+ year track record of zero serious injuries to its staff or to those experiencing crises.

The Mayor’s bold budget allocation of $112M is much needed and long overdue. Using the money to establish a peer-driven, community-based mental health response system that eliminates police entirely will greatly enhance the lives of all New Yorkers.