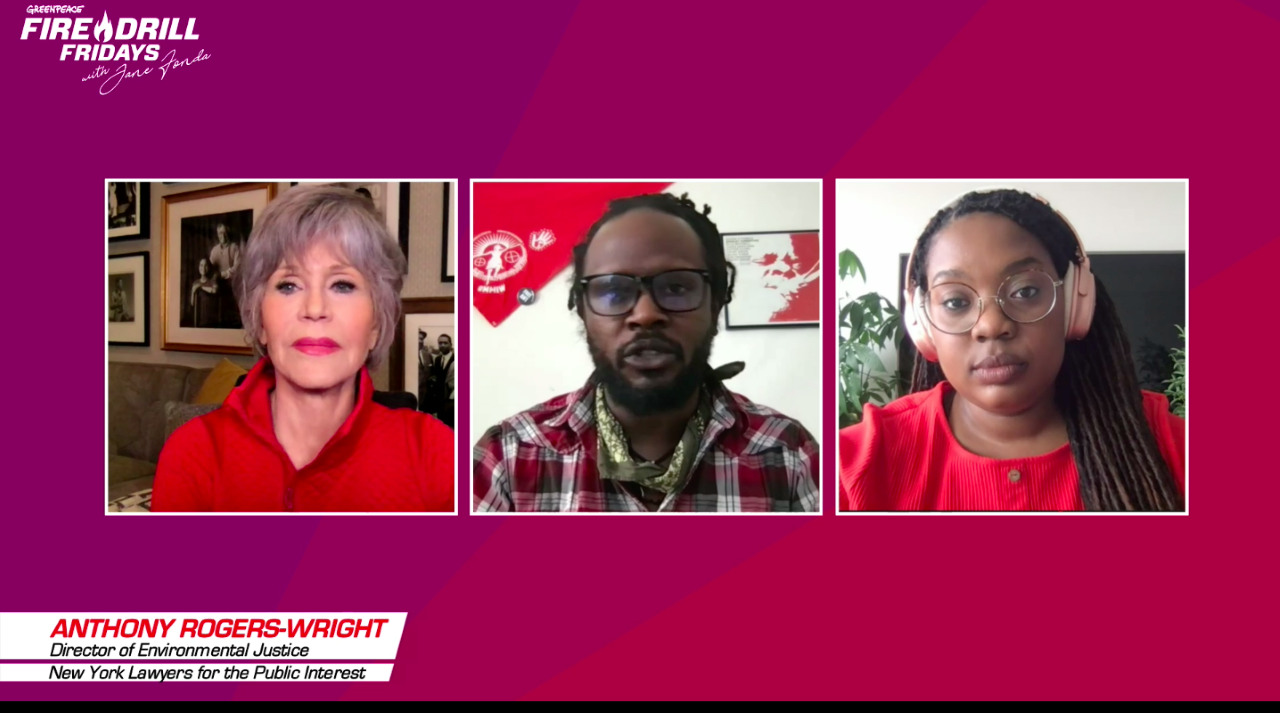 NYLPI’s Director of Environmental Justice, Anthony Rogers-Wright took part in a discussion last month with renowned actor and activist Jane Fonda and Rhiana Gunn-Wright of the Roosevelt Institute, credited with being a lead architect of the Green New Deal. The hour-long Fire Drill Fridays program focused on the Transform, Heal, and Repair by Investing in a Vibrant Economy (THRIVE) agenda, which would increase investments in environmental justice communities, create millions of new, unionized jobs, and recognize and respect Indigenous and Tribal sovereignty. Rogers-Wright also discussed the policy and organizing goals of the New York Renews coalition (of which NYLPI is a proud member), including passage of the Climate and Community Investment Act, the sister legislation of the landmark Climate Leadership and Community Protection Act.