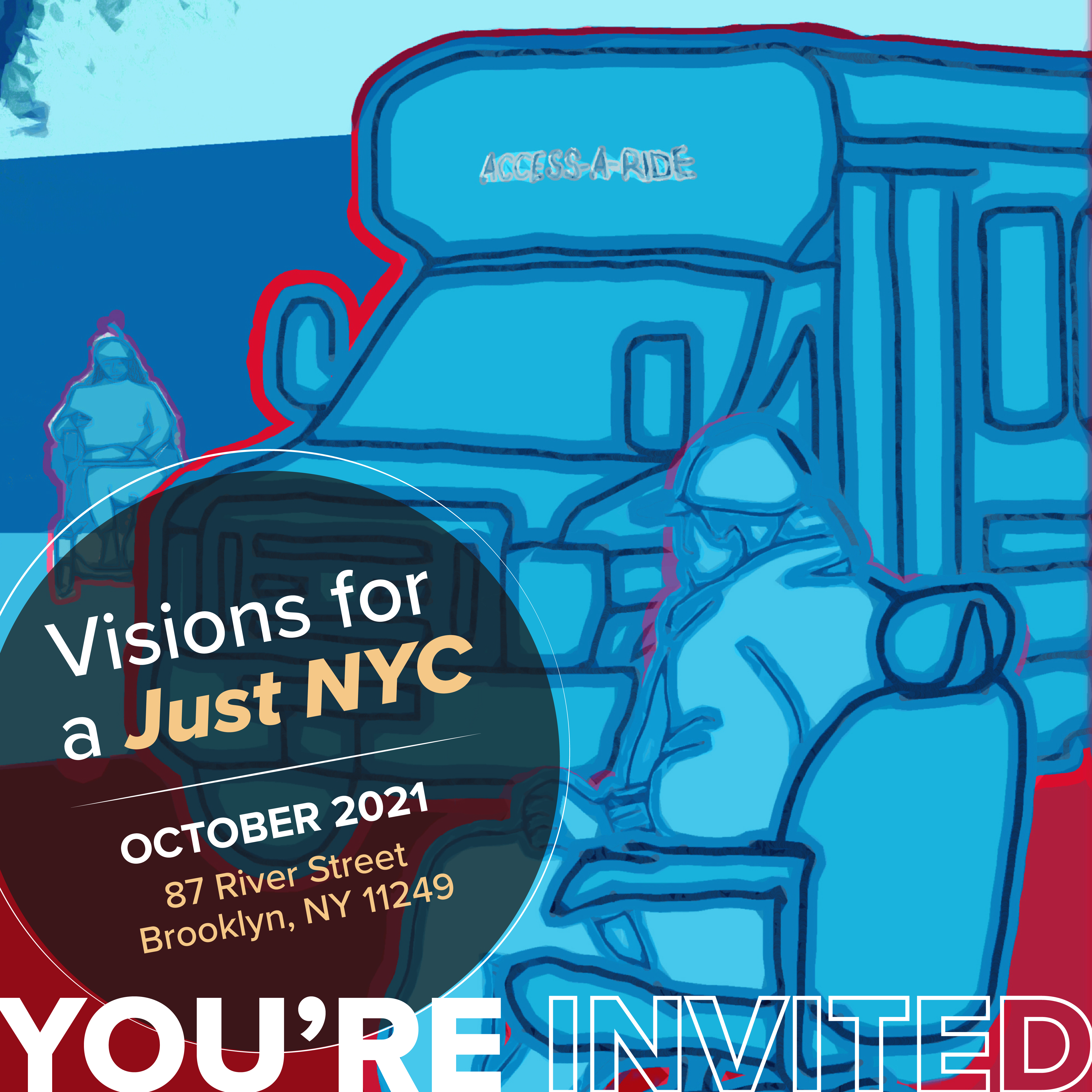 PROBLEM
Access-A-Ride should be a transportation system that gets New Yorkers with the most severe disabilities, who cannot use traditional mass transit, safely and on-time to their jobs, the grocery, medical appointments, or to see family and friends. But riders often experience unfair treatment by the MTA, hours-long rides, lost jobs, and missed appointments. Plus they have to arrange pickups 24 hours in advance.

With New York City subways largely inaccessible, the City’s accessible van transportation system, Access-A-Ride, is a lifeline for many people with disabilities. Intended as the City’s mass transit service for people with a wide range of disabilities, Access-A-Ride provides about nearly nine million rides annually. It often is the only way people with disabilities get to their jobs, the grocery, medical appointments, or to see family and friends. But riders report a pattern of abysmal service, punitive application procedures, and unfair treatment by the Metropolitan Transportation Authority. Individuals tell harrowing stories of hours-long rides, lost jobs, and missed appointments.

With the Brooklyn Center for Independence of the Disabled, the Center for the Independence of the Disabled New York, and Mobilization for Justice, NYLPI launched the Access-A-Ride Reform Group (AARRG!) campaign to reform the New York City paratransit system. We have stopped a fare increase that would have disproportionately impacted Access-A-Ride users; moved Access-A-Ride problems higher on the public transportation agenda by testifying before the Metropolitan Transportation Authority, met with MTA officials, advocated to the Governor, and met with MTA Board members and elected officials. The campaign led to the launch of the MTA’s pilot project for on-demand service. Throughout, we have helped individual applicants become eligible for services.