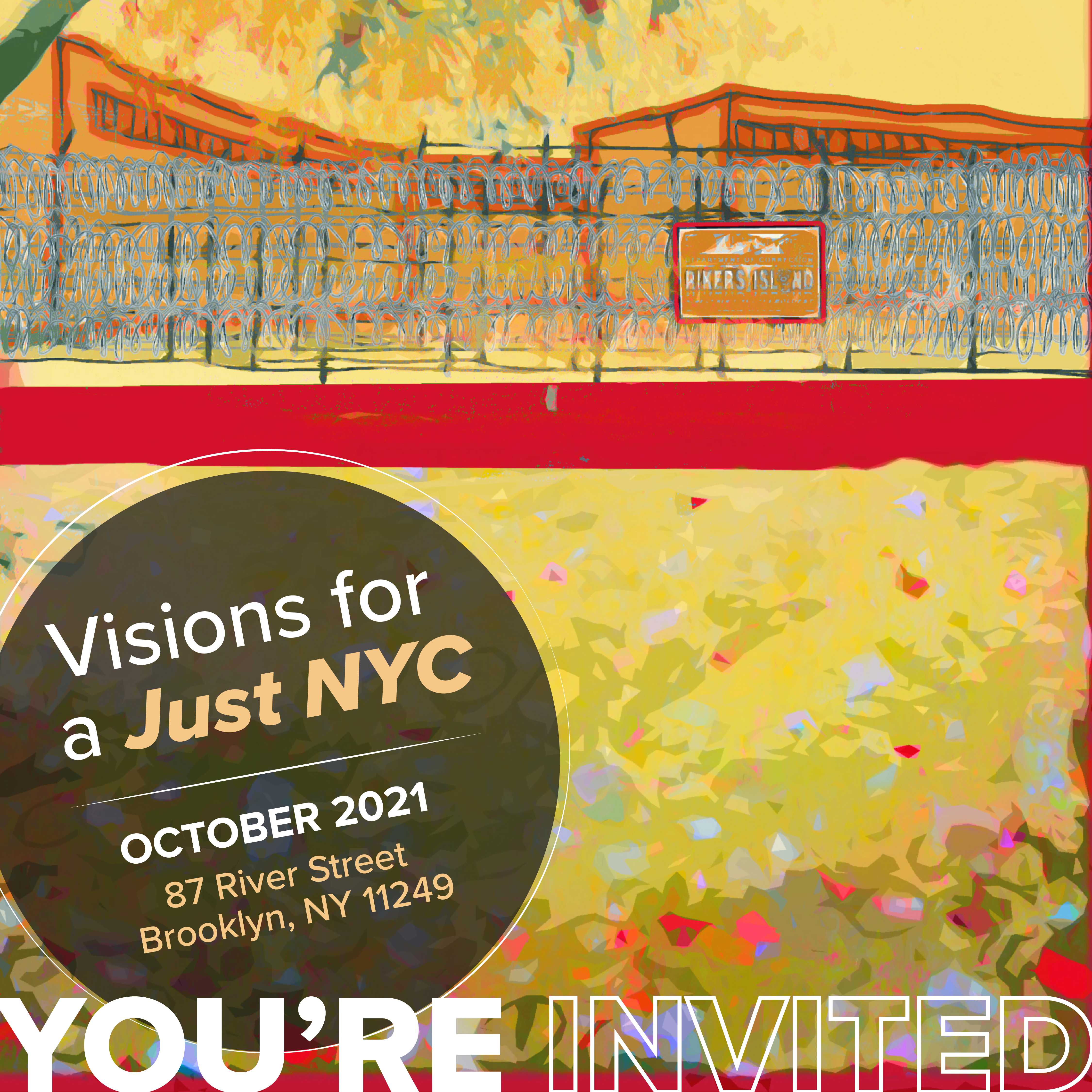 Rikers Island is a notorious penal colony built on a decomposing landfill that is infamous for its inhumane conditions of confinement and excessive violence. The Island—nicknamed Torture Island—is a symbol of the most broken aspects of our racist criminal legal justice system, where most detainees are men of color who come from lower income communities around the City.

NYLPI has co-led the work of the Renewable Rikers coalition from its inception in 2019 alongside partners Freedom Agenda–whose membership comprises people and communities directly impacted by incarceration and legal justice systems. Other key partners include: NYC Environmental Justice Alliance, the Independent Commission for NYC Criminal Justice and Incarceration Reform, and the Natural Resources Defense Council.

The environmental conditions faced by people detained on Rikers Island are large, systemic & result in devastating violations of human rights. Since 2016, NYLPI partnered with survivors of Rikers, organizers, & criminal justice reform advocates to close Rikers. As the only environmental justice advocacy organization in the Close Rikers coalition, NYLPI provides critical expertise/leadership. From this, the Renewable Rikers project was born. The project vision is conceived through conversations with directly-impacted individuals, their communities, and advocates, aiming to heal the harms of mass incarceration and pollution on low-income communities & communities of color.

For the Renewable Rikers project, the target areas are of particular focus: the communities that are overpoliced and overincarcerated are those same communities who are disproportionately polluted. In the South Bronx, just across the water from Rikers, the State built two highly polluting fossil fuel peaker plants despite community objections. These plants fire up on the hottest days with already poor air quality to meet increased electricity demand, and sit alongside garbage transfer stations and other diesel truck-intensive facilities. Together these facilities contribute to one of the worst childhood asthma rates in the state. In the same neighborhood, one of the City’s oldest wastewater treatment plants sits on a large swath of waterfront land, polluting the air and water and requiring costly upgrades annually to operate at a below-standard level.

Our experience and expertise in environmental and civil rights law uniquely position us to bring together stakeholders & advance a regenerative vision of Rikers Island. Our efforts underscore how renewable energy generation + sustainable infrastructure can power the City, create good jobs, & reduce environmental burdens in communities of color.