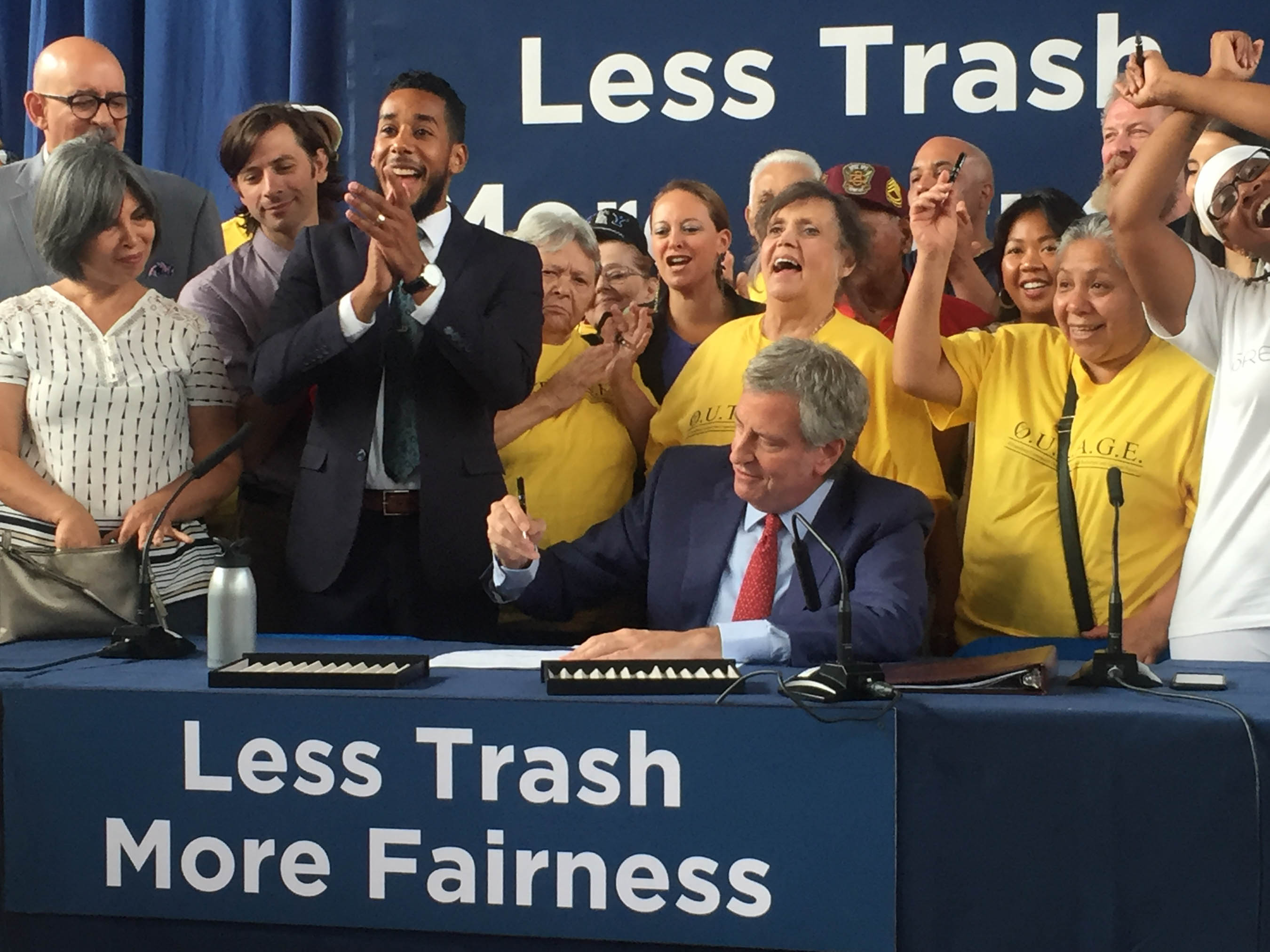 Each year, New York City’s restaurants, offices, and businesses generate 5.5 million tons of solid waste – more than any other City in the country. Weak oversight has created a chaotic “race to the bottom” system. Right now, more than 90 different private carters crisscross the City each night to service the City’s 100,000 commercial businesses, driving long, overlapping routes. The hauling industry has been involved in dozens of fatalities in recent years and triggered more than 500 moving violations in just one week of recent police enforcement. Low-income neighborhoods and communities of color bear the highest environmental, health, social, and economic burdens.