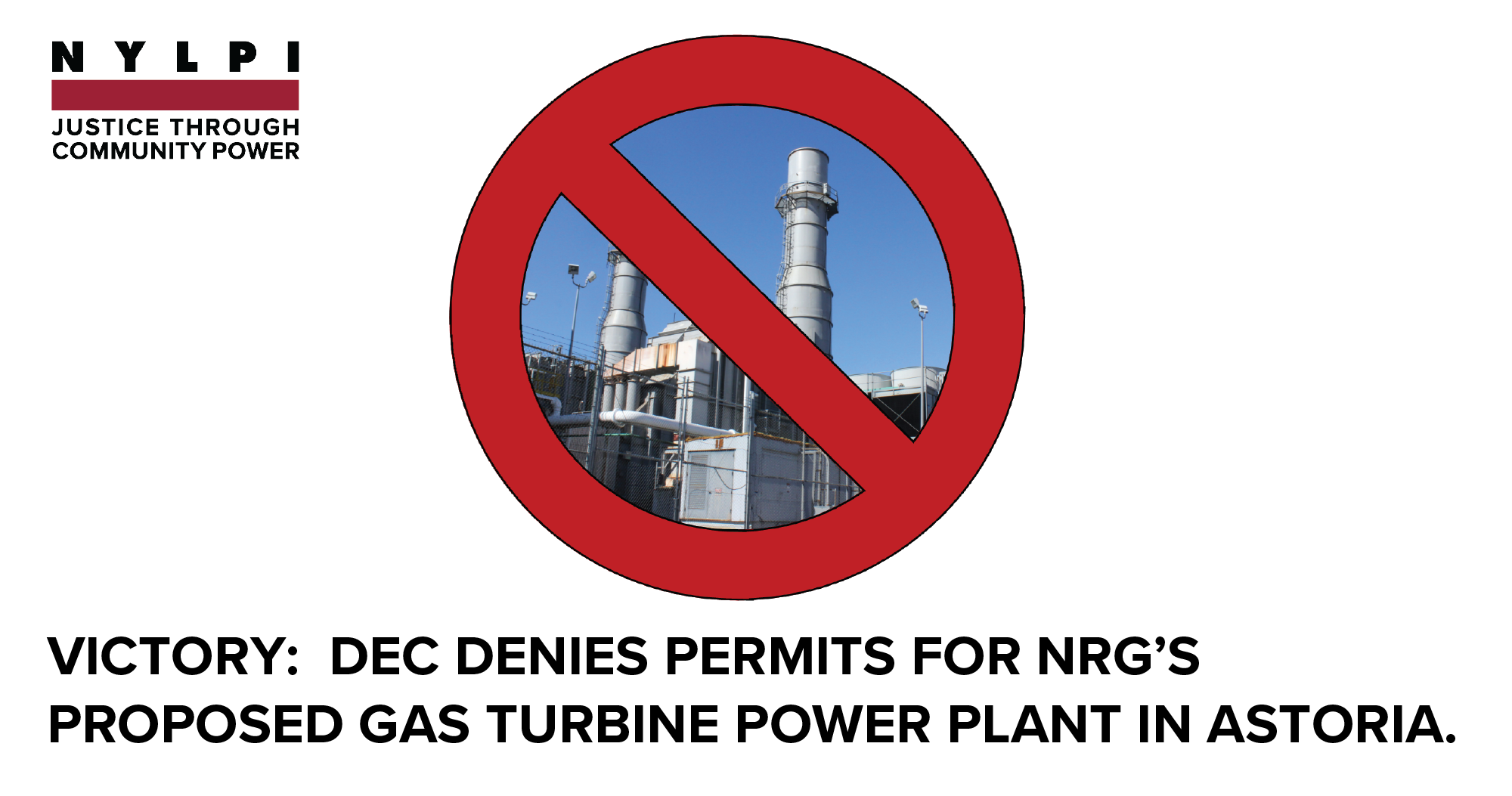 On October 27, the New York Department of Environmental Conservation (DEC) denied permits for NRG’s proposed gas turbine power plant in Astoria. The news comes as a significant victory for environmental activists groups who have been fighting against the proposed plant for months, citing the various threats to environmental sustainability and livability — particularly in a borough that is no stranger to the impacts of environmental neglect.

NYLPI’s Environmental Justice Director Anthony Rogers-Wright commented for QNS that “NRG’s proposal clearly did not align with the tenets of the CLCPA.”

“Denial of the permit was, therefore, warranted and in compliance with standing law,” Rogers-Wright commented. “That said, DEC must exercise consistency as it pertains to Title V Permits; Section 7 of the CLCPA is lucid in its determination that no permits should be granted that would prevent emissions reduction goals from being realized, nor should they result in disproportionate impacts to disadvantaged communities.”

Read the full story from QNS and stay tuned for additional updates.