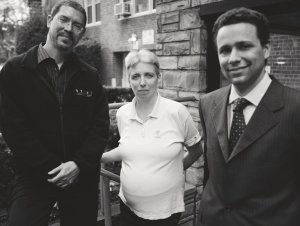 In the fall of 2008, NYLPI was joined by a fellow from the Equal Justice Works program and launched a project to address accessibility issues for low income communities in New York. The work bridges racial justice and disability rights and will address the full range of municipal services that should be afforded to local citizens.

Seventeen years after the passage of the Americans with Disabilities Act (ADA), New York’s low-income communities of color remain inaccessible for people with physical impairments. Even basic opportunities – such as the ability to travel down a sidewalk, apply for a job in an office building, or eat in a neighborhood restaurant – are almost off limits to the thousands of New Yorkers with mobility impairments who live in communities such as the South Bronx and East New York. It is particularly disturbing that accessibility problems in these communities have not been resolved, given that they house a substantial number of people with disabilities.

This project seeks to reverse the above pattern of neglect and has the potential to improve access for thousands of people with disabilities in communities across New York City, in turn expanding their social and economic opportunities.