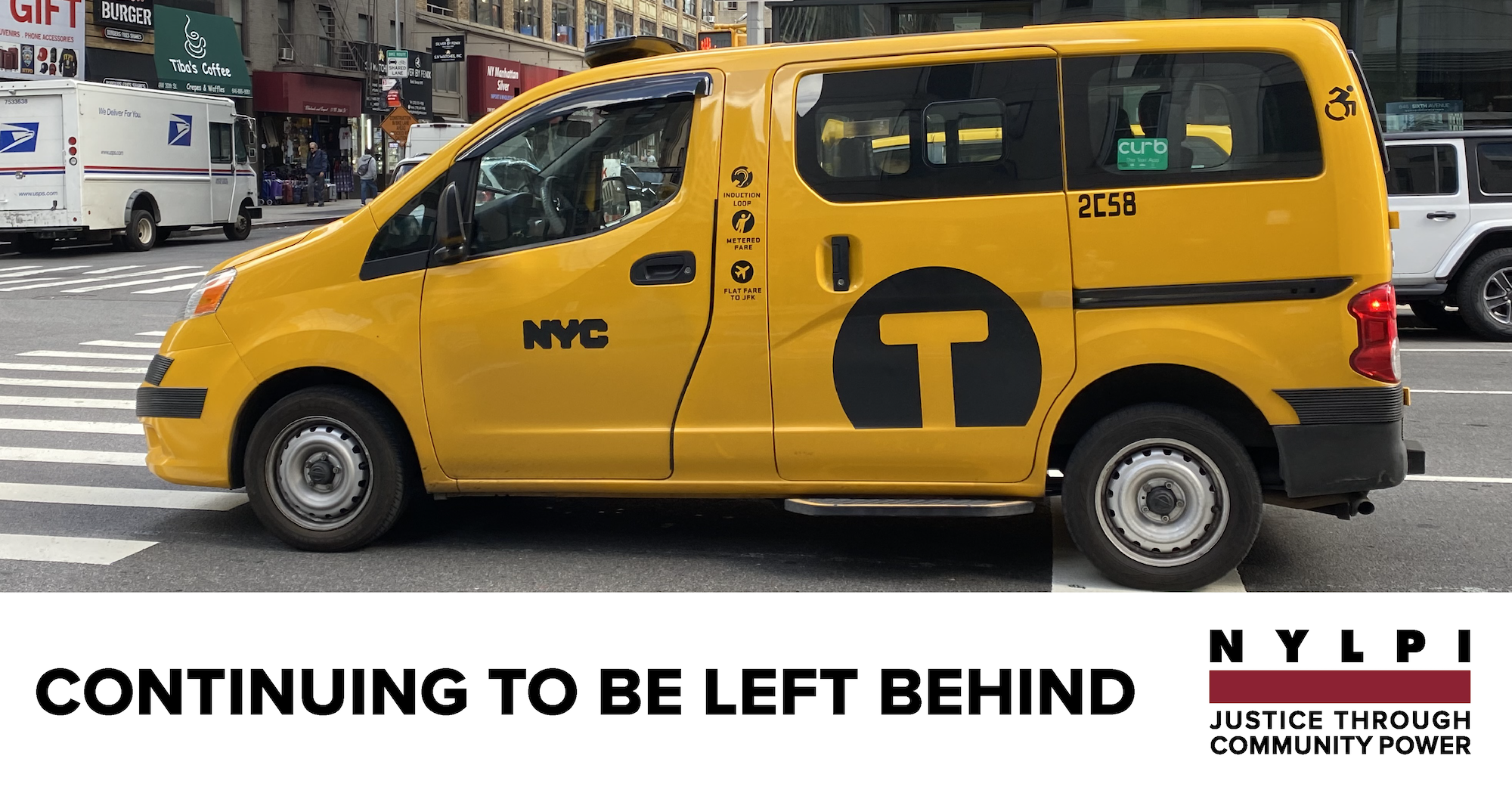 The Washington Post reported that the U.S. Department of Justice sued Uber last week for allegations of discriminatory practices against people with disabilities:

“The suit accuses the company of charging ‘wait-time’ fees, which it began implementing in a number of cities in 2016, to passengers who need more time to enter the car due to disabilities….There are many reasons people may require additional time, the DOJ argues, including needing to break down a wheelchair or walker before entering the car.”

Washington Post’s coverage of the lawsuit highlighted NYLPI’s series of reports documenting ride-hailing services’ track records of being inaccessible and ineffective for passengers with disabilities. The most recent report, “Continuing to Be Left Behind,” was released last month. Read more about the report on our website.

Learn more about the DOJ’s suit against Uber from Washington Post, Gizmodo, The Daily Mail, and California Times.