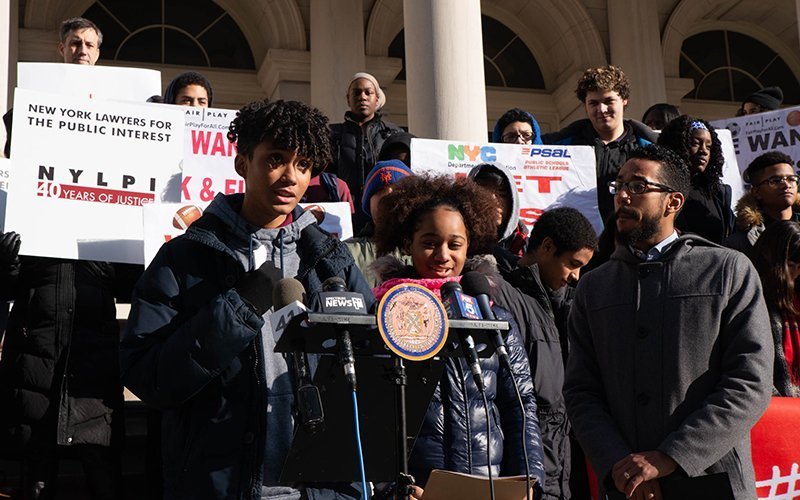 After participating in legislative advocacy workshops, and before using their new skills to meet with members of City Council, students gathered on the steps of City Hall today to demand an end to racially discriminatory sports team allocations by the Public School Athletic League.

New Yorkers wishing to email their city council member about this issue can do so here. Meanwhile, you can read the press release here, and read coverage of the lobby day at The New York Daily News, in the Gotham Gazette, The Grio, Voices of NY, and Amsterdam News. The students made the front cover of El Diario, (the story is linked here): 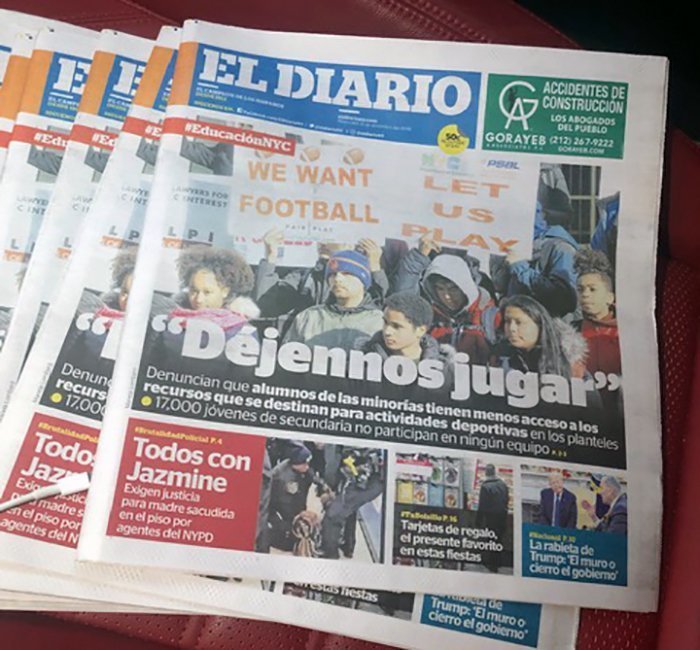 Meanwhile, Univision’s anchor said it was “painful” to hear the testimony of many of the students:

And the channel ran an in-depth story quoting the council member and students:

NY1 covered the upcoming action in its morning news roundup:

And 1010 WINS ran two radio segments, which were repeated throughout the day. They’re linked here and here.