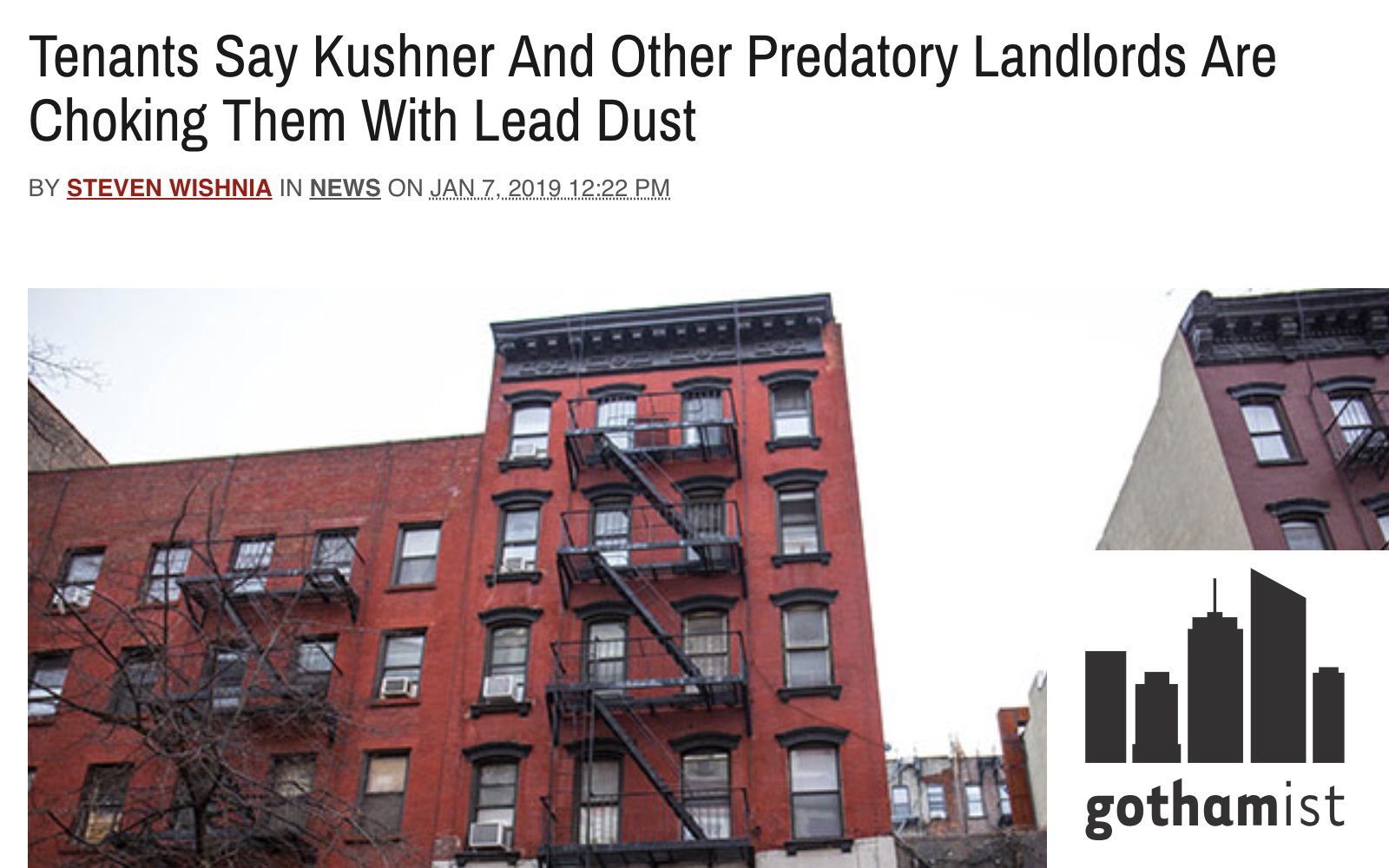 “Non-compliance with the safe work practice rules is rampant,” concluded “Lead Loopholes,” a report issued in September by New York Lawyers for the Public Interest and other groups. The city, it added, has failed to implement “systems to ensure that owners are satisfying their legal obligations to prevent lead paint exposure before it occurs,” and instead relies primarily on complaints from tenants.

The report, produced by NYLPI and a coalition of environmental and housing groups, showed that New York City’s regulators have not taken a single enforcement action against any landlord for failing to conduct annual lead inspections in the 14 years since the city passed an ambitious lead poisoning prevention law in 2004. You can read the full report here.

Mr. Wishnia’s story focuses on renovations of rent-stabilized buildings and the impact of tenants on ignoring safety practices around lead:

“There was a white dust cloud that invaded my apartment. It covered everything,” says tenant David Dupuis, who lives upstairs from a vacant unit being renovated. “I felt a very intense burning in the back of my throat. I was coughing and choking.”

It’s common for landlords of rent-stabilized buildings to renovate vacant apartments, as it gives them a legal way to raise rents to market rates. In buildings constructed before 1960, demolition usually means taking down walls that have lead paint on them, says Jodie Leidecker of the Cooper Square Committee, a neighborhood group helping tenants in the affected buildings organize. If safe work practices aren’t followed, she adds, “tenants are exposed to extreme levels of lead dust.”

Not following legally required safety practices, such as using a HEPA (high-efficiency particulate air filter) vacuum cleaner to suck up microscopic lead-dust particles and putting a plastic sheet over the door of the apartment being renovated in order to keep the dust out of the halls, has two advantages to landlords. First, it’s less costly. “We see that nine times out of ten, the landlords do it the fast and cheap way, and hope they don’t get caught,” says Cooper Square Committee organizer Brandon Kielbasa.

You can read the full story at Gothamist, here.