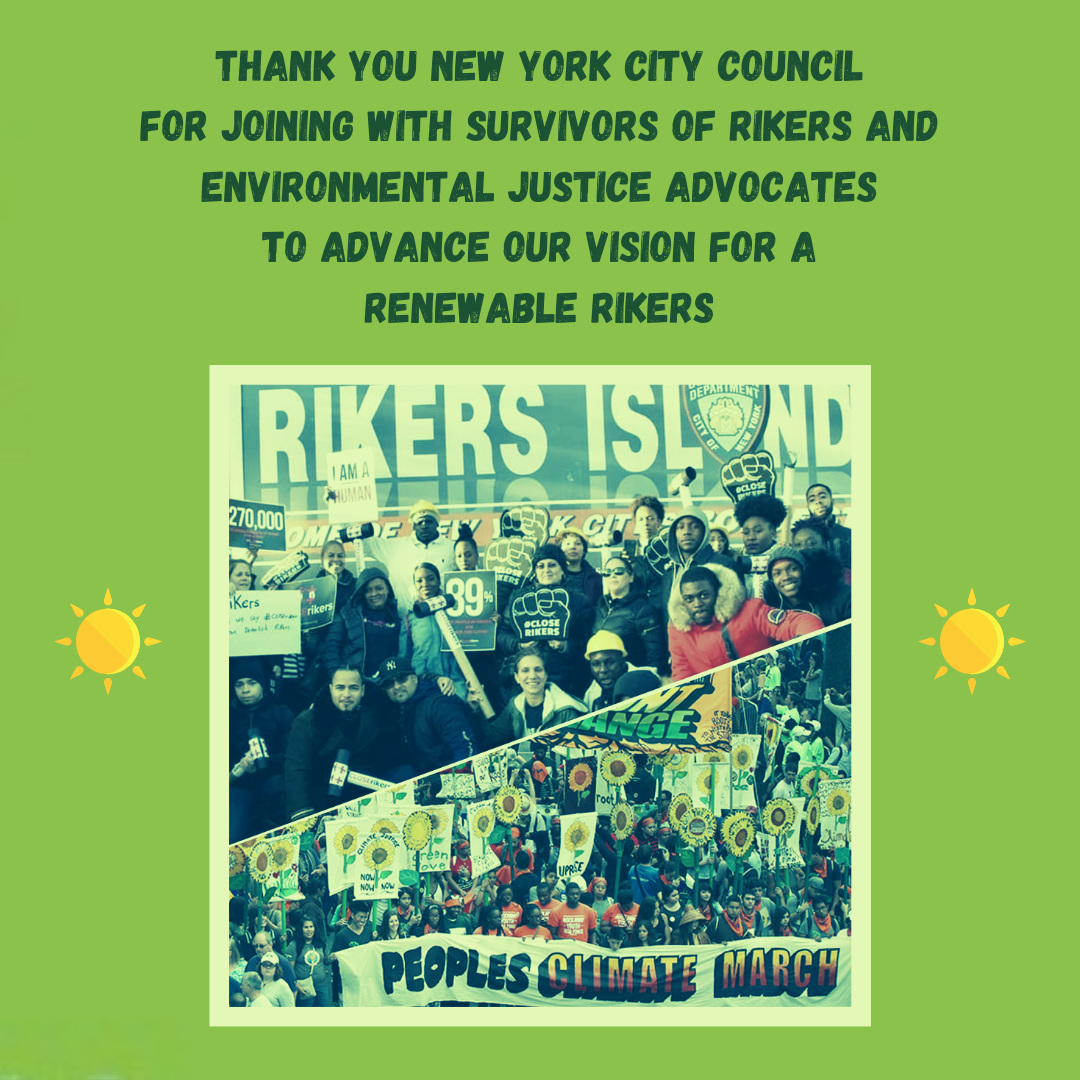 The National Resource Defense Council (NRDC) recently highlighted the importance of the Renewable Rikers campaign as a means of both environmental reform and social justice, in an article focused on the story of an Italian immigrant mother, Anna Pastoressa, and her son, Jairo, who spent nearly a decade incarcerated in Rikers Island. The facility is known for its inhumane conditions, abuse at the hands of guards, and use of solitary confinement — even for minors. Pastoressa is now a founding member of the Freedom Agenda, where she joins other advocates and formerly incarcerated people and their families in fighting to dismantle the unjust incarceration system in New York City and reform the police and court systems.

NYLPI is proud to join advocates like Pastoressa in not only moving to close the Rikers Island jails but also transform the facility into a space that will contribute to a greener and more just New York City. Converting Rikers Island by creating new infrastructure for green initiatives will reduce the burden on communities of color, disproportionately forced to live in hazardous health conditions – for example, because of polluting, fossil-fuel “peaker” power plants in their neighborhoods.

As the article highlights, three bills have recently passed as a result of the Renewable Rikers campaign that promise change beginning as soon as this summer. Most importantly, as Senior Supervising Counsel Melissa Iachán says in the article, “as the vision becomes more concrete, we want to ensure that, at every step, residents of environmental justice communities have a say, but even more so that survivors of Rikers who’ve returned home are leading the conversation.”

Access the full article here to learn more about the Renewable Rikers campaign.

Waste Transfer Facilities in Jamaica are Violating the Clean Water Act, According to Notices of Intent to Sue from NY/NJ Baykeeper and Riverkeeper