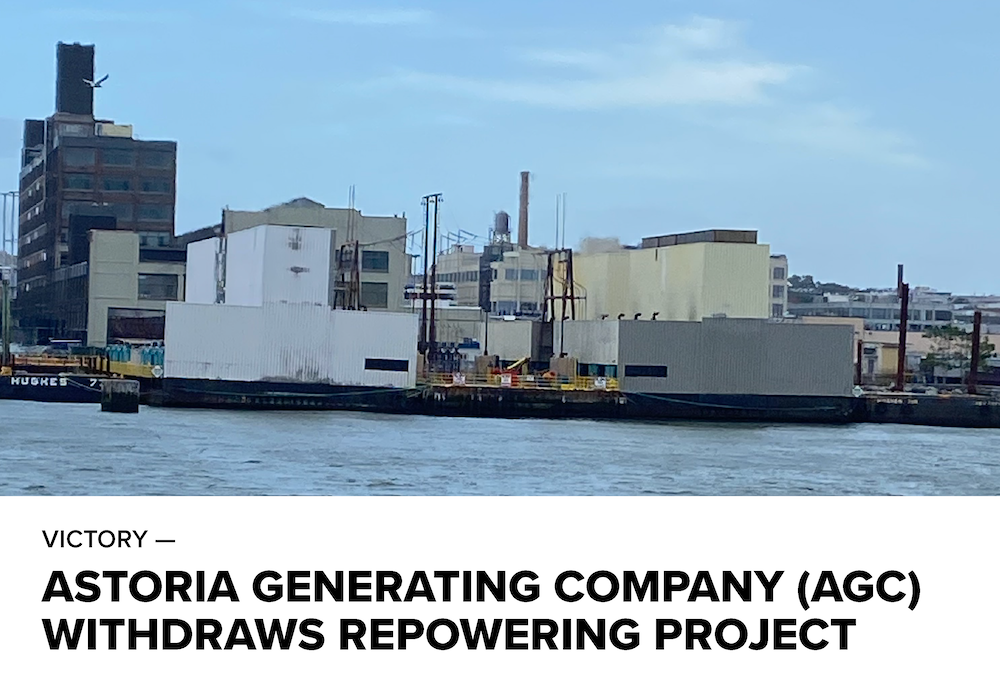 On the heels of the state’s rejection of applications for two new fossil-fuel power plant permits, Eastern Generation, a subsidiary of ArcLight Capital and the owner of two of the largest fossil-burning peaker power plants in Sunset Park, has withdrawn the state Article 10 legal application for the Gowanus Repowering Project.

The PEAK Coalition – comprised of NYLPI, UPROSE, THE POINT CDC, New York City Environmental Justice Alliance (NYC-EJA), and Clean Energy Group (CEG) — is celebrating the second win this year in the fight against polluting and inefficient peaker power plants which are disproportionately located in low-income communities and communities of color, and which can be effectively replaced with renewable energy and battery storage solutions.

The Gowanus Repowering Project would have continued a legacy of pollution that has been produced by the oil-burning 640 MW Gowanus Generating Station and 352 MW Narrows Generating Station since 1971. NYLPI and Earthjustice represented UPROSE as a community group intervenor in an administrative proceeding challenging the project. The company has stated that it will now pursue new battery storage projects.

“PEAK Coalition welcomes Eastern Generation’s decision to not only cease its pursuit of new peaker plants, but also actively explore renewable energy and storage solutions on its properties.”