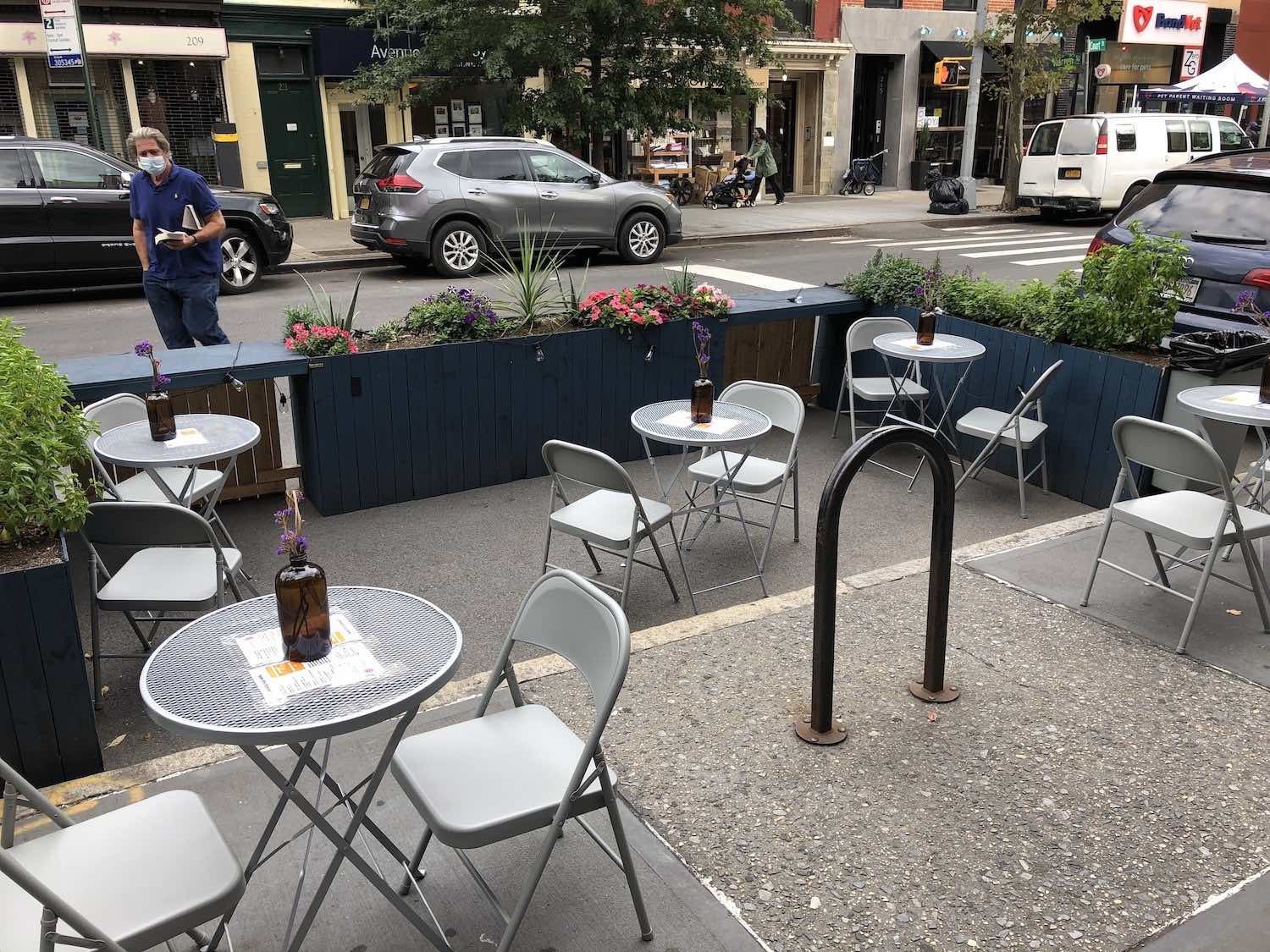 As New York continues to expand its outdoor dining capacity, people with disabilities are facing increased barriers to dining and navigating the streets. In a recent Manhattan Times News article, Senior Staff Attorney Christopher Schuyler and Access-A-Ride Campaign Coordinator and Organizer Eman Rimawi spoke on the new obstacles presented by the rise in outdoor dining and the lack of enforcement for ADA compliance. Challenges include limited space on sidewalks for mobility devices, inaccessible patio spaces and bathrooms, and insufficient space between tables.

Learn more about the issue and how the City can make ADA compliance a priority by clicking the full article here.

Eman Rimawi has grown increasingly frustrated by the busier sidewalks, now filled with hungry diners sitting at tables, or waiting to eat, which limits the room she has to walk.

Rimawi, whose legs were both amputated because of lupus, an autoimmune disease that attacks a person’s tissue and organs, said she has had to maneuver into the street with her walker because she could not get through sidewalks crowded with brunch-goers and evening diners. Cars honked at her, but she said she had no other way of getting around.

“I can’t fly. I’m not a superhero because I’m an amputee,” said Rimawi. “What do you want me to do? All I can do is walk in the street to avoid this and then come back on the sidewalk when I can.”

One Step, Miles to Go