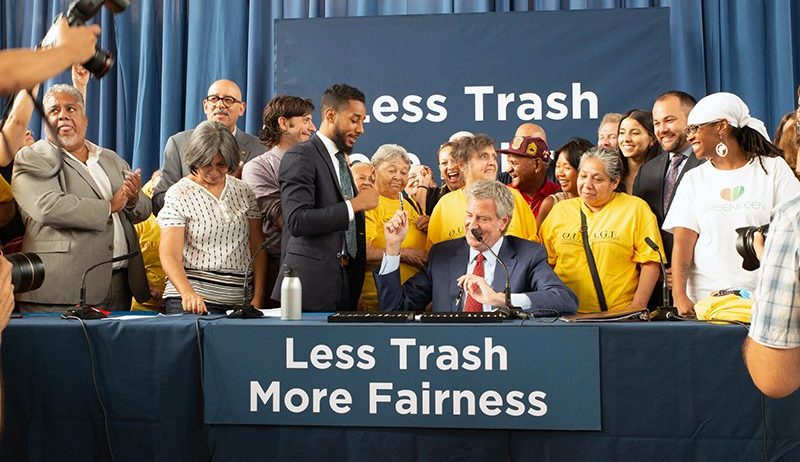 Mayor De Blasio publicly stated yesterday that his administration is supporting a bill to reduce the amount of garbage permitted at private waste transfer stations in the city’s most overburdened neighborhoods – the South Bronx, North Brooklyn, and Southeast Queens. NYLPI, along with partners New York City Environmental Justice Alliance, Teamsters, and community groups in the affected neighborhoods, has been advocating for years to reduce the amount of garbage sent to these neighborhoods. The bill, Intro. 495-B, is an important step in toward waste equity in New York City, along with the opening of public marine transfer stations more equitably distributed throughout the city.  “It’s an unbelievable fact how unfair the history is in terms of garbage coming into this district,” said de Blasio. “That is not acceptable and that has to change.”

Read the coverage in Politico and Waste Dive.