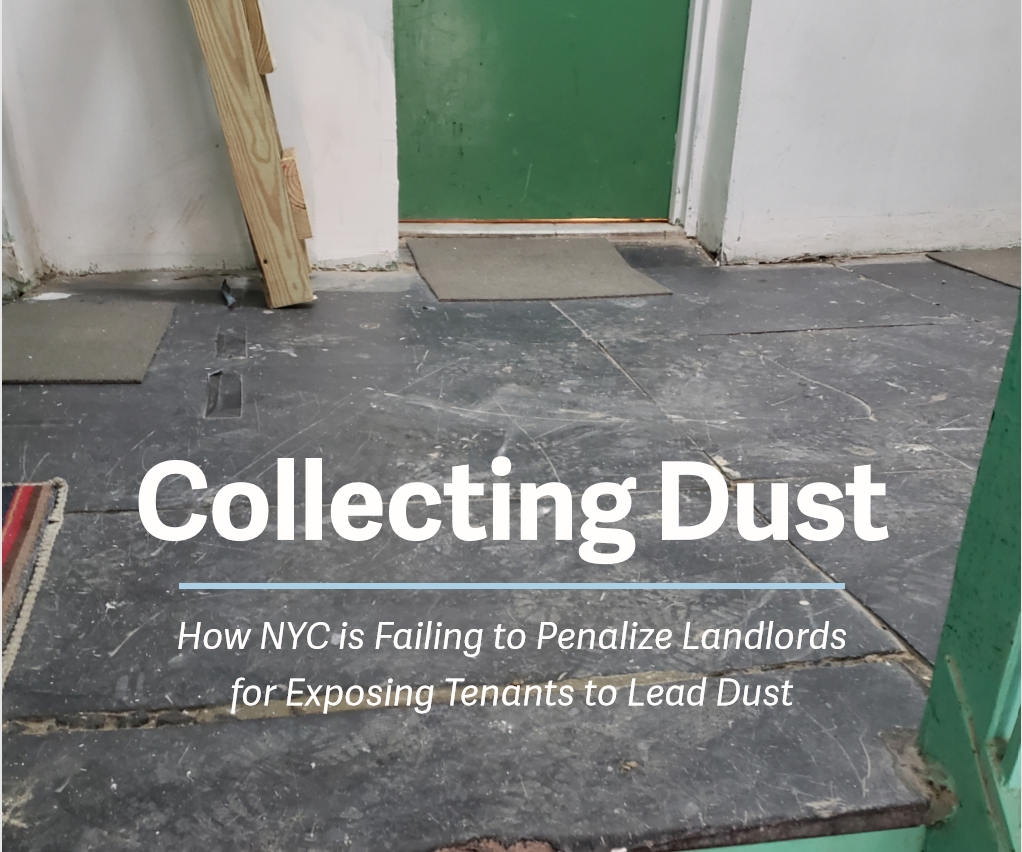 Our new report, Collecting Dust: How NYC is Failing to Penalize Landlords for Exposing Tenants to Lead Dust, details New York City’s continued failure to punish landlords for exposing tenants to dangerous levels of toxic lead dust.  Among other findings, the City has collected less than 1% of all penalties assessed against landlords whose failure to use mandated safe work practices resulted in lead dust exposure.

Read the full report here.  The New York Post covered the report in its article, NYC fails to punish landlords for lead violations.