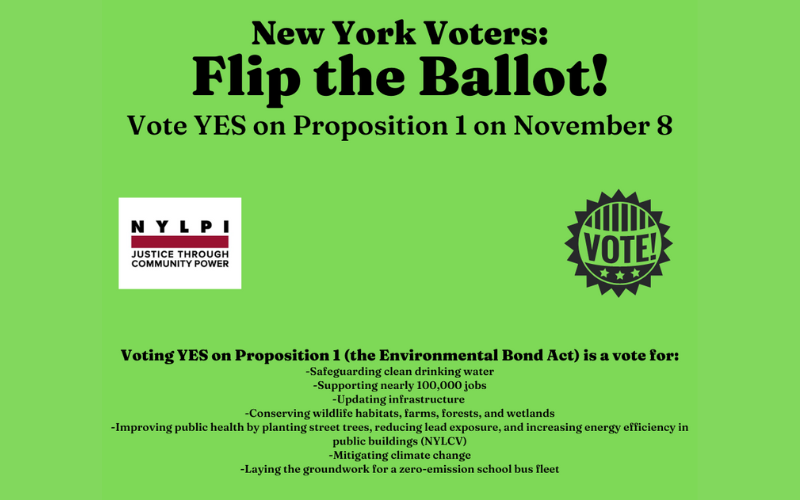 “It would let the state invest in modernizing our infrastructure, not just for surviving in a changing climate, but for thriving — for cleaning up our water, flood-proofing our neighborhoods and improving public health. Broadly speaking, the idea is to protect against climate change and at the same time stop making our pollution problems worse.

The bond act would also pay for electric-powered school buses across the state. Groups likeNew York Lawyers for the Public Interestsee the school buses as an environmental justice issue. Not only are they a source of emissions that help to heat the planet; they harm students if the windows are open and the kids breathe in fumes from the bus. There’s a health risk to people in neighborhoods where the buses are idling, which are often the same neighborhoods where there are older school buildings, decaying infrastructure and higher incidence of asthma.”