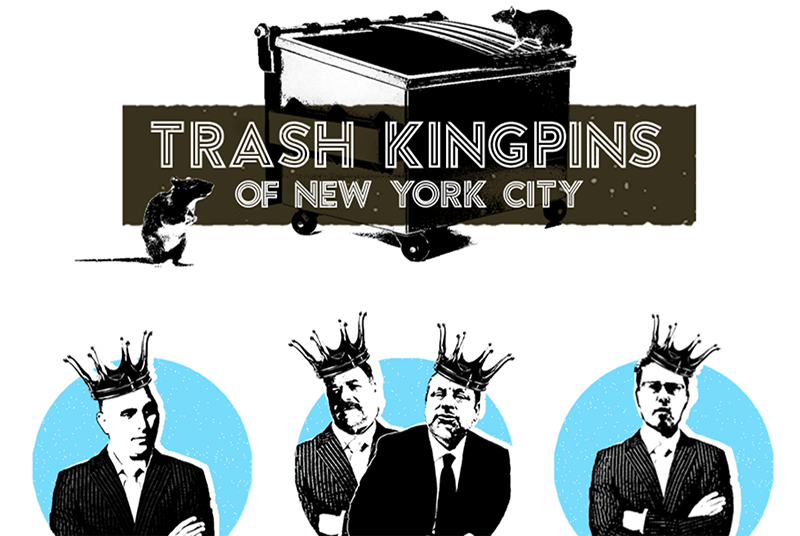 On June 15, 2017, NYLPI and key coalition partners in Transform Don’t Trash NYC launched a new website, Trash Kingpins NYC, documenting some of the abuses regularly committed by leading commercial waste companies in New York City. The website was unveiled in an effort to counter the commercial sanitation industry’s recent attempts to brand themselves as good corporate actors and small start-up companies just trying to get by.

Last August, Mayor de Blasio and DSNY endorsed TDT’s vision to reform the commercial waste industry by implementing a zone system of collection, which would allow the city to impose higher standards on the companies, and increase transparency and accountability. In response, many of the leading commercial haulers joined together to create New Yorkers for Responsible Waste Management—an association formed expressly to oppose the reforms advocated for by TDT and which the Mayor has committed to implementing.

The website, Trash Kingpins NYC, was launched after many months of research and contains documents illustrating the poor behavior of the same leading companies fighting the reforms.
Click here for press coverage featured on Waste Dive