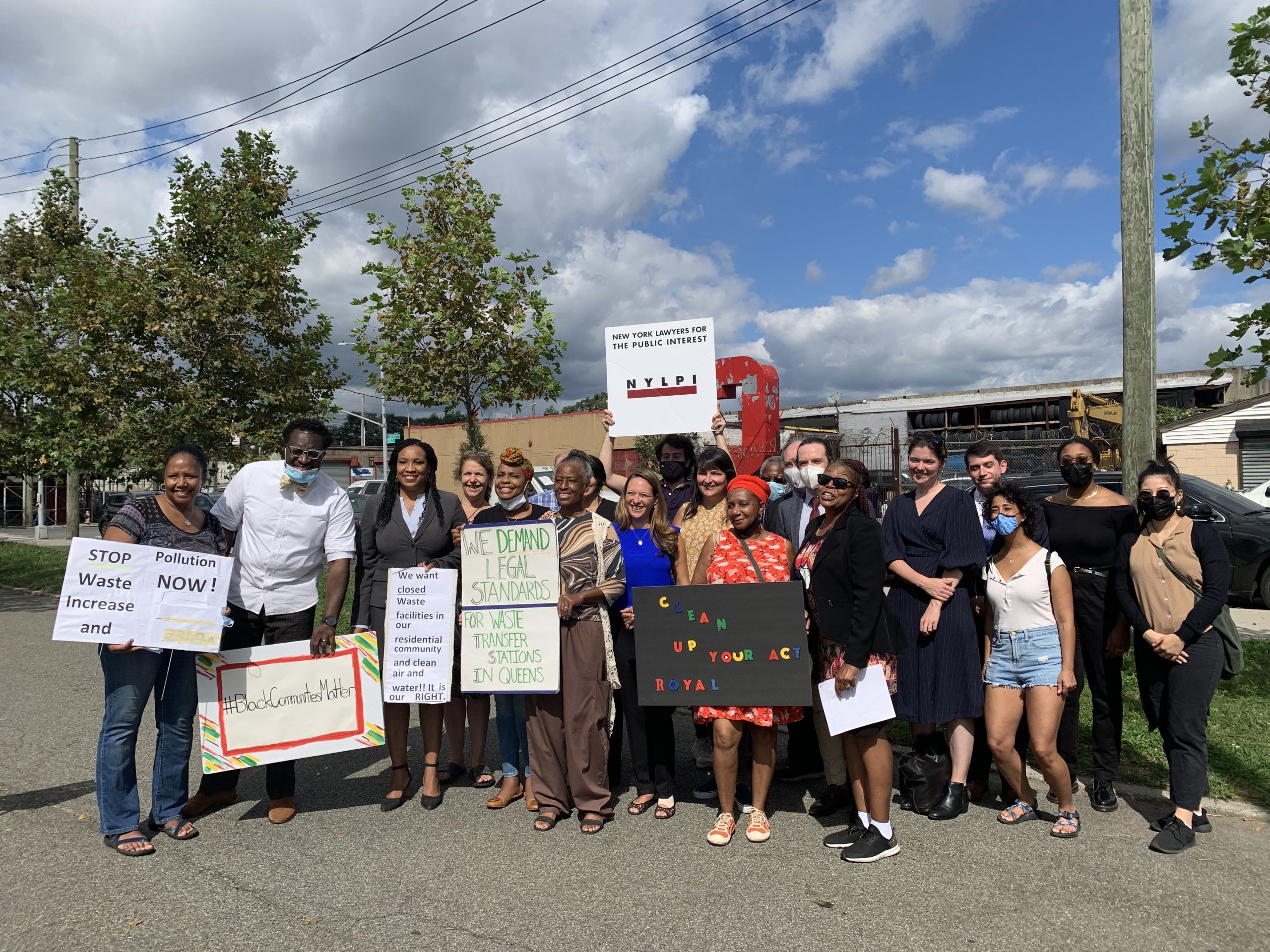 Last week we kicked off Climate Week with a press conference regarding the lawsuit filed under the Clean Water Act against companies polluting Jamaica, Queens. Queens Chronicle covered the lawsuit and press, citing the experiences residents have had with the rampant pollution in their neighborhood as told in their own words.

“I’ve been complaining for as long as I can remember. My home sticks out, so it receives more of the [smell of the] putrid waste than my neighbors. I have three children and nine grandchildren, six of whom who were raised in that house and had asthma continuously until they moved away,” said Forbes. “It smells like a dead animal.”

NYLPI’s own Melissa Iachán was quoted as well as she emphasized how the pollution in Jamaica, Queens embodies the very real environmental racism perpetuated by these waste facilities.

“This industry operates with impunity exploiting workers, refusing to invest in cleaner-burning, safer and efficient trucks lagging far behind in recycling standards and basing all of their operations and businesses in low-income communities and communities of color.”

Following the press conference, City Limits covered the lawsuit with a focus on the impacted residents such as Carroll Forbes and Crystal Ervin, who had joined Baykeeper and Riverkeeper in filing a 60-page complaint.

Most recently, NY Post reported that Royal Waste Services — one of the two Waste Transfer Facilities named in the complaint — had Councilman I. Daneek Miller’s son on payroll from 2017-2019.

“That means that Miller’s son, Coron, was employed by Royal Waste as the lawmaker led the effort in 2018 to kill legislation that initially imposed the caps and for at least one of the years that Miller, himself, says he worked to weaken the reforms.”