NYLPI Statement on Attack on the Capitol

NYLPI Statement on Attack on the Capitol

It’s hard to find the words to adequately express our outrage about the mob that stormed the Capitol building on Wednesday, incited by a sitting President. Our democracy, already deeply flawed, continues to be tested. We are paying the price for the Trump administration’s rhetoric and actions, for the complicity of so many elected officials, and for the biases and fears of people in this country.

The images from Wednesday show people marching a Confederate flag through the Senate chamber, replacing the American flag with a Trump flag, and desecrating the offices of our legislators. They are heartbreaking. We must be relentless in the pursuit of justice and equality, and confront the telling disparity between the police response to white supremacists taking over the seat of our democracy and to Black and Brown activists in recent protests against systemic racism.

This futile and violent effort will not stop the transition of power on January 20. But this stark reminder of our deep divisions strengthens our resolve for the struggles for justice ahead. NYLPI is committed to pursuing existing and new avenues for reform in partnership with frontline communities in New York and across the country. 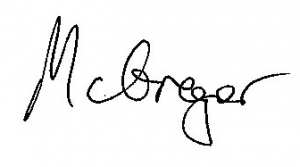