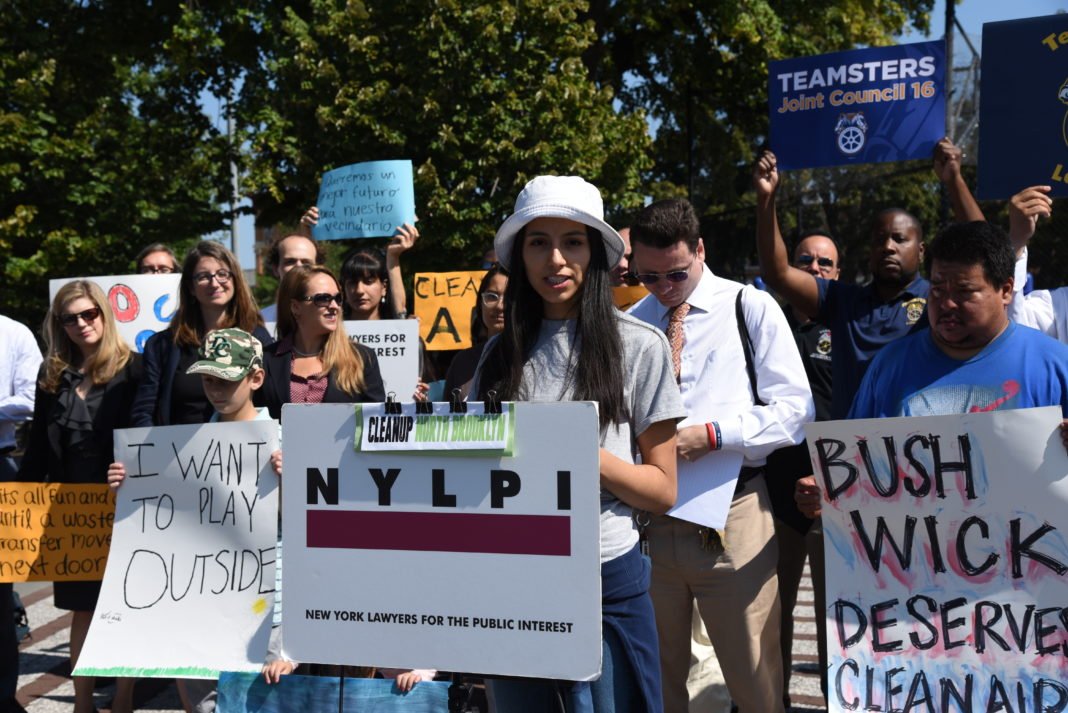 NYLPI’s Environmental Justice Program, partnering with pro bono co-counsel Schindler Cohen & Hochman LLP, filed a lawsuit today on behalf of community group Cleanup North Brooklyn and neighborhood residents against a private waste transfer station that has operated for years without regard for the law or the local community, plaguing the neighborhood with noxious smells, rats, air pollution and noise. Defendants, a private equity firm known as GBP Waste NY LLC and its parent company GPB Capital Holdings LLC, as well as the prior owners Brooklyn Transfer LLC and Nino and Anthony Tristani, have contributed to ongoing pollution and hazards that afflict families living in the surrounding neighborhood. Cleanup North Brooklyn has been organizing for several years to bring attention to the garbage facility’s adverse effects on this environmentally burdened community. The lawsuit seeks a court order requiring the defendants to stop creating harmful conditions at their garbage facility.

Read the full summons and complaint.