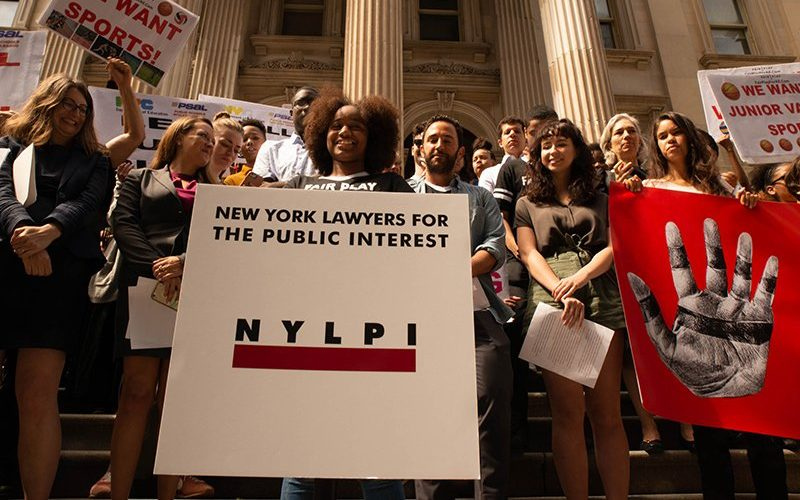 The preliminary settlement agreement reached between NYLPI, the NYC Department of Education (DOE), and the Public Schools Athletic League (PSAL) to increase access to after-school sports has been a massive victory in health and racial equity for Black and Latinx students across the city.

Actions that have come out of the settlement — including the creation of two hundred new sports teams by Spring 2024 — will go into effect this upcoming Fall. Students who have been in the fight with us for the past several years have been able to see their efforts in advocacy and organizing play out through momentous change.

“It has been about four years since I joined the fight for sports equity, but it’s been an even longer fight against social injustice. I joined this fight because I was once that kid amongst many others who did not know of our history and what was being taken from us. My hope when joining was to spread the truth to others who are unaware of the power of their voice. Sports, along with education and our daily livelihood should continue to be fought for. The more people understand, the closer we get to a better, more inclusive life,” said Devaun Longley, one of the lead plaintiffs of the lawsuit.

Read more about this incredible win via the Bronx Times and amNewYork.