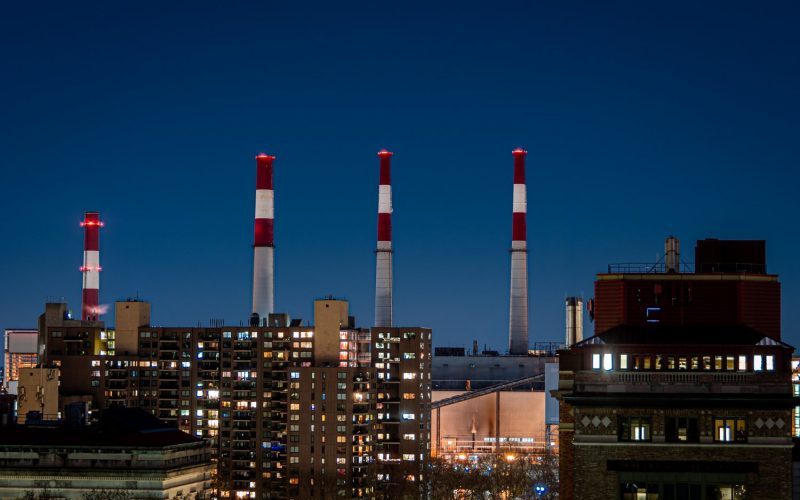 A6251B (Caroll): Establishes the Pollution Justice Act of 2022 by amending the  Environmental Conservation Law by implementing a plan to replace peaker plant generating facilities located in New York City and proximate to disadvantaged communities with renewable energy systems. The bill would also require peaker plant operators to submit a mandatory replacement and compliance plan to the Department of Environmental  Conservation as a condition for the issuance of permits.

PEAK extends measured support for A6251B, “Pollution Justice Act of 2022” as an important first step toward statewide peaker retirement and urges sponsors of this legislation to coordinate with sponsors of the Senate version to rectify existing discrepancies that reduce the effectiveness of the bill.

Of the 50 fossil fuel peaker plants in New York State, 10 are located in New York City near both disadvantaged communities (DACs) and in areas with more than 1,000,000 residents in a 3-mile  radius. To this end, PEAK commends the sponsors of AB6251B for prioritizing communities experiencing disproportionate exposure to harmful emissions associated with the operation of peakers. Shutting down and replacing these peakers with renewable energy sources and energy storage will result in immediate and lasting beneficial impacts for New Yorkers residing in DACs such as Sunset Park, Brooklyn, the Bronx, and “Asthma Alley” in Queens.

That said, PEAK believes in equal protection for all New Yorkers and strongly recommends the bill sponsors coordinate with the Governor to develop and promulgate a plan for the expeditious retirement and replacement of all peakers throughout the state as she called for during her first  State of the State in January. Opportunities exist both upstate and downstate to replace dirty peaker plants with clean, renewable energy sources. When accounting for the short amount of time peakers are in operation, replacing them with standalone battery storage may be feasible, more efficient, and more cost-effective.

The requirement of a mandatory compliance plan as part of the Assembly’s Pollution Justice Act is a good step to increasing transparency and providing residents in proximity to peakers more information about a major pollution source in their communities. However, New Yorkers are not readily aware of the fact that peakers account for the most expensive sources of electricity in the power system. Peaker plant operators in New York City have collected over $450 million per year during the last decade despite only running these plants for less than a few hundred hours. The revenue to pay these exorbitant fees comes directly from ratepayers’ utility bills,  disproportionately impacting residents of DACs already suffering from a high energy burden.

New Yorkers have a right to know what they’re paying for and how much it’s costing them.

Therefore, PEAK calls on the bill sponsors to require all mandatory compliance plans to include the cost per kilowatt-hour (kWh) for every peaker facility seeking a permit to operate and compare this rate with the average retail price of electricity in New York.

Finally, PEAK requests modifications to the six-month grace period following ratification of the bill extended to peaker operators. PEAK is concerned that operators could adulterate the permit renewal/request process during this period to avoid the preparation of a mandatory compliance plan. The sponsors must make necessary changes to the language of this section of the bill to prevent this from occurring and ensure the rapid phase-out and replacement of peaker plants.

A6251B offers good preliminary steps to expedite the retirement and replacement of fossil fuel peaker plants in New York City. However, improvements and amendments to the bill are required to increase its effectiveness and equity. While PEAK supports portions of the bill as currently written, we urge greater cooperation with the Senate version of the Pollution Justice Act to provide for more consistency and expeditious ratification of this important piece of policy that should complement the Climate Leadership and Community Protection Act.