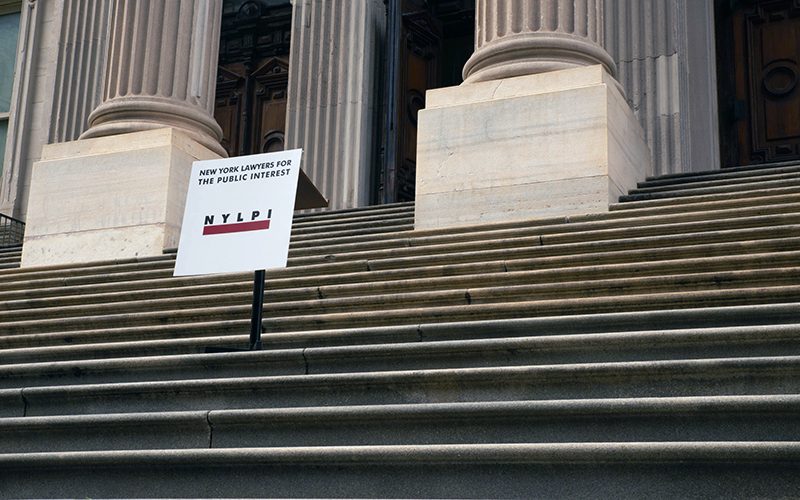 Director of Policy at New York Lawyers for the Public Interest

Hearing on the FY23 Executive Budget

Thank you, Chair Brannan and members of the Finance Committee for the opportunity to share testimony on the preliminary FY23 budget.

After two years of budget cuts and austerity amidst the worst public health, environmental, and economic crises in generations, we want to thank Speaker Adams and the City Council for proposing a budget that would move New York away from a harmful cycle of stop-and-start program and staffing cuts, and toward long-term investments in infrastructure, education, and workforce programs necessary to address the root causes of racial and social inequality in our city.

To this end, New York Lawyers for the Public Interest (NYLPI) is pleased to offer the following six priorities that  we feel are integral to increasing health justice, environmental justice, and disability justice in New York City:

The Immigrant Health Initiative has allowed us to expand our work and provide legal representation for transgender, gender-nonconforming, intersex (TGNCI) folks and/or HIV+ individuals. For example:

Major investments in universal curbside compost service and other diversion programs are urgently needed on the residential side. While the restoration of school organic waste collections and limited community drop-off sites in the executive budget are a positive signal, transformation of our landfill- and incinerator-based solid waste system can only begin once the Council and administration mandate a timeline and plan for implementation of a universal, citywide compost program that will achieve economies of scale, robust participation in multifamily buildings, facilitate long-term savings by replacing garbage disposal routes with organics routes, and begin to move the needle on our climate emissions and waste reduction goals.

We therefore strongly support the Council’s proposal in the FY23 Budget Response to install a large-scale solar array and energy storage on the approximately 50 acres of land on Riker’s Island that have already been transferred from Corrections to DCAS. Riker’s Island also has great potential for sustainable waste management facilities including composting or anaerobic digestion of organic food waste, far beyond the current limited composting operations for food waste generated by Department of Corrections.

Recent near-record heat, air quality health advisories, and escalating electric bills are also stark reminders that urban heat island effects, energy burdens, and air pollution are highly unequal burdens that will worsen for low-income communities and communities of color across NYC if we do not take systemic, urgent action.

Weatherization, energy efficiency upgrades, green roofs, and rapid development of local renewable energy resources are among the investments that can mitigate these climate change impacts, while reducing our city’s overall greenhouse gas emissions. We echo the Council’s call to baseline full funding and staffing for the  Office of Building Energy and Emissions Performance (OBEEP) to implement and enforce Local Law 97 of 2019  in the FY23 budget and going forward.

NYLPI urges full funding for a truly non-police model of the sort proposed by Correct Crisis Intervention Today – NYC (CCIT-NYC) that, unlike B-HEARD, will:

We thank you for the opportunity to submit testimony and look forward to working with Speaker Adams and the members of this council to implement a budget that advances our shared vision for a more equitable,  sustainable, and thriving New York City.