Rising Together to Condemn Anti-Asian Violence

Rising Together to Condemn Anti-Asian Violence 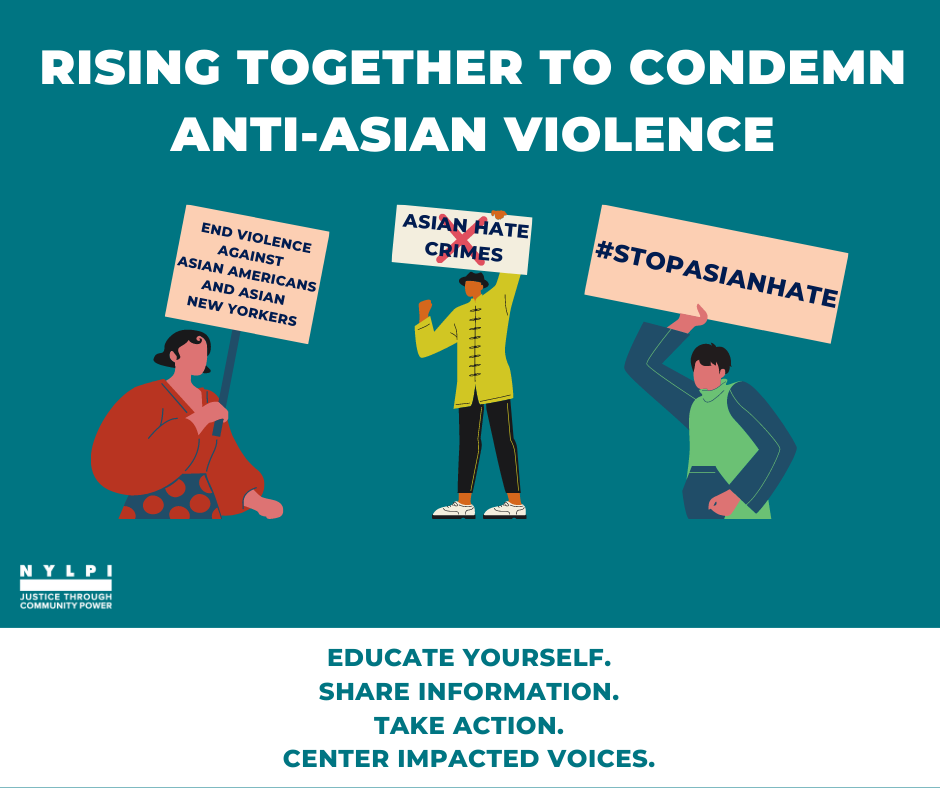 The series of brutal, racist attacks on Asian Americans and Asian New Yorkers in the past two weeks has been horrifying. As shown in recent and damning reports, these incidents represent only a fraction of the disturbing explosion of anti-Asian hate crimes, violence, and discrimination stretching over more than a year. These are not isolated incidents. They are the results of systemic racism fueled by the xenophobic and racist rhetoric promoted by too many national leaders, particularly as the pandemic erupted in the United States.

The toll of the pandemic has been devastating on our Asian communities in New York, including targeted violence, high rates of illness in their large proportion of essential workers, and economic damage to small businesses. Far too often, Asians and Asian Americans are treated as invisible or excluded from larger, necessary conversations about racism and discrimination. Denying visibility to the struggles of Asian American and Asian communities enables a form of violence as erasure.

We have not done enough as a community to acknowledge the severity of these problems, and that oversight falls short of our values.  There are a few meaningful steps we can all take:

We commit to working with intentionality, awareness, and collective action to call out and dismantle racism in all its forms.