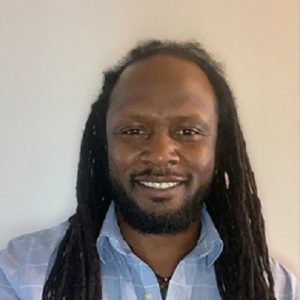 Anthony Karefa Rogers-Wright serves as NYLPI’s Director of Environmental Justice. In this capacity, he guides and coordinates the organization’s EJ strategy, litigation, organizing and advocacy initiatives. Prior to joining NYLPI, Anthony was the Policy Coordinator and Green New Deal Policy Lead with the Climate Justice Alliance, where he assisted with developing and promulgating local, State, and federal organizing and policy strategy for the alliance’s 74 grassroots, frontline-led organizations across the country. A veteran of social justice campaigns, Anthony helped lead the effort to make the former Colorado Health Insurance Cooperative the first health insurance provider in the state’s history to remove transgender exclusions from all of their policies in 2012. He has acted as a policy advisor for numerous candidates for elected office including Senator Elizabeth Warren’s presidential campaign in 2020, and Senator Bernie Sanders’s presidential campaigns in 2020 and 2016 when he represented the campaign during testimony to the DNC Platform Committee. Anthony was selected as one of the Grist.org “50 Environmentalists You’ll Be Talking About” in 2016. He’s written numerous articles discussing the axiomatic nexus of the climate crisis and racial injustice and has spoken on the subject at universities throughout the U.S. and in Europe. Anthony serves on the Board of Directors of Friends of the Earth, Backbone Campaign, and Center for Sustainable Economy, as well as the Advisory Committee for Evergreen Action, and is blessed to be the father of his energetic and very loquacious 5-year-old son, Zahir Cielo (aka “Bean”). He received his B.A. in Environmental Science and Policy, and his master’s degree in Community Development, Environmental Science, and Public Policy from Clark University in Worcester, MA.