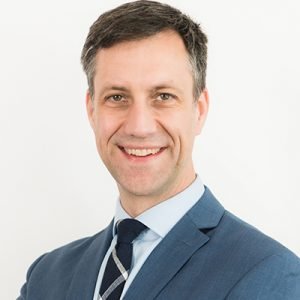 McGregor Smyth is the Executive Director at NYLPI. In addition to his experience building and leading legal programs, McGregor has represented thousands of clients on a wide range of civil rights, immigration, and civil legal services matters, including numerous class actions. Before joining NYLPI in 2013, he was the founding Managing Attorney of the Civil Action Practice and the Director of Reentry Net at The Bronx Defenders, pioneering the integration of civil and criminal defense services for indigent people in the criminal and family justice systems. A graduate of Yale Law School and the University of North Carolina at Chapel Hill, McGregor clerked for Chief Judge Charles Sifton, United States District Court, Eastern District of New York and was awarded the Skadden Fellowship to join The Bronx Defenders in 2000 and establish the civil practice. A recipient of the Kutak-Dodds Prize from the National Legal Aid and Defender Association, the Legal Aid Society Pro Bono Award, and the Arthur Liman Public Interest Law Fellowship, McGregor has published multiple articles on the need for and design of holistic legal services and the so-called collateral consequences of criminal justice involvement. Member of the Yale Law School Executive Committee and the Advisory Council of the Arthur Liman Center for Public Interest Law.