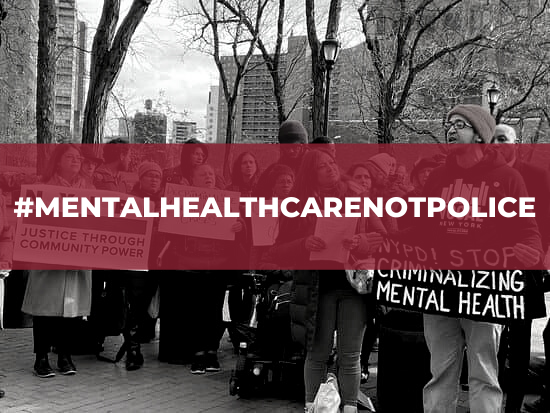 On September 17, NYLPI Legal Fellow Mackenzie Arnold presented testimony before the Council of the City of New York Committee on Mental Health, Disabilities, and Addiction on why the committee should prioritize partnering with community-based movements and organizations for mental health crisis response — and why the current B-HEARD program falls short. Mackenzie implored the committee and city to partner with organizations such as NYLPI and its partner Correct Crisis Intervention Today NYC (CCIT-NYC).

“Each year, the City of New York receives upwards of 170,000 calls seeking aid for community members experiencing mental-health crises —an increase of nearly 80% since 2009. In most of these instances, police are the first to respond. Despite the overwhelming volume of calls, almost none of these responses result in the sustainable, long-term care people need to live and thrive in their communities. Instead, police use the blunt tools they know best, resulting in arrest or forced hospitalization in 64% of cases. Far too often, these encounters end tragically: in violence, incarceration, involuntary hospitalization, and—most heartbreakingly—death.

But even these most egregious outcomes understate the true extent of harm created by existing response. In essence, New York City has developed a system of identifying hundreds of thousands of its most vulnerable citizens in moments of intense need. It then spends enormous amounts of time and resources to send police officers to situations they have no expertise handling. And these officers arrive unable to evaluate or offer any of the long-term social, physical, or mental-health resources necessary to provide stability to those in need.

In doing this, existing police-driven crisis response squanders a crucial opportunity to provide long-term care at the exact moment it is needed most.”

Mackenzie outlined initial results from the B-HEARD program, demonstrating the ways in which B-HEARD is much closer to police response than to a community-led solution that leads to long-term care for those in crisis.

“Despite efforts by the City to recognize the severity of this crisis, its current plan—specifically the B-HEARD program—continues to treat police as the default response in far too many cases. This approach is (1) inconsistent with comparable, successful programs adopted in other cities; (2) contrary to best practices and evidence accepted by governments, community members, advocates, and police alike; and (3) antithetical to the safety needs of both citizens and crisis responders.

According to the only data released thus far, the B-HEARD pilot program has operated for only 16 hours a day, received only 25% of crisis calls during those hours, and has—even in the most limited of pilots—rejected 1 in 5 of all referrals. In other words, >80% of crisis calls receive no aid from B-HEARD, and for 8 hours a day, 0% of calls receive crisis response. This is a far cry from the City’s stated goal of serving 70% of all crisis calls,6 an already limited goal for a program serving mental health needs.”