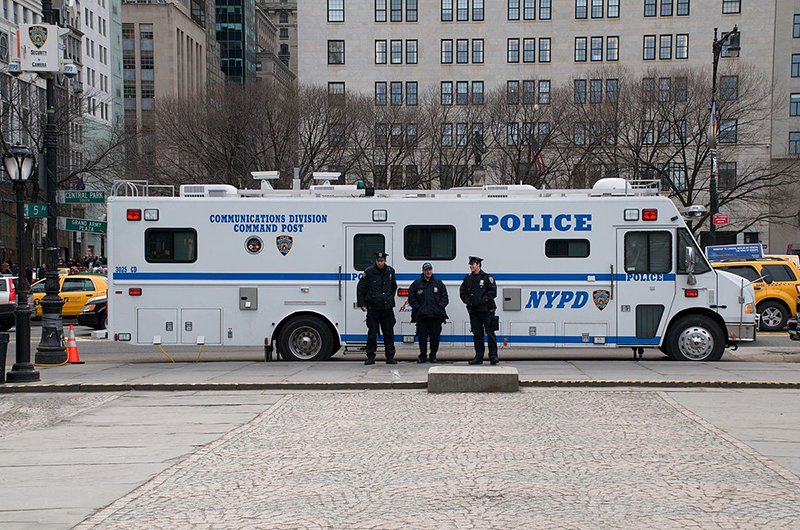 THE CITY quoted Senior Staff Attorney Maureen Belluscio in its article, City’s Delayed Response On 911 Overhaul Declared An Emergency, which covered a City Council hearing into the Administration’s abject failure to create an accessible 911 system, including text-to-911.

“Every single day that New York City delays implementing this service is another day that New Yorkers’ very lives hang in the balance,” said Maureen Belluscio, an attorney with New York Lawyers for the Public Interest.

Belluscio, who at the hearing cited THE CITY’s coverage of the issue, accused the de Blasio administration of using “the bureaucratic quagmire as an excuse for not providing services.”

NYLPI Senior Staff Attorney Christopher Schuyler also provided compelling testimony about the critical need for Text-to-911 for those who stutter or have other communication impairments.

This story was originally published on November 12, 2019 by THE CITY.  Read the full text below.

Deaf court interpreter Margaret Arnold said during a City Council hearing that she wasn’t able to get help through old-school 911 after being stranded. Photo: Ben Fractenberg/THE CITY

City lawmakers and advocates for the deaf called on the de Blasio administration Tuesday to speed up its delayed 911 overhaul, saying the issue is a matter of life or death.

A planned state-of-the-art digital system is at least five years away, officials conceded during a City Council hearing. Meanwhile, an interim set-up that would allow people to text emergency operators is more than a year and a half overdue.

“Every single day that New York City delays implementing this service is another day that New Yorkers’ very lives hang in the balance,” said Maureen Belluscio, an attorney with New York Lawyers for the Public Interest.

The hearing followed THE CITY’s reports detailing how 911 texting has been held up by technical glitches — as well as by disputes between the NYPD and the city’s Department of Information Technology & Telecommunications (DoITT).

Both agencies, sources said, also are battling over how to tackle a bigger project to upgrade the 911 system to a fully digital operation able to handle texts, photos and videos, as well as phone calls.

In 2017, DoITT announced the so-called NextGeneration plan — but the city still hasn’t hired a private contractor for the job.

For now, the long-delayed temporary 911 texting service isn’t due to debut until next summer.

“We should have text-to-911 tomorrow,” fumed City Councilmember Robert Holden (D-Queens). “And the fact that we don’t is an embarrassment.”

Belluscio, who at the hearing cited THE CITY’s coverage of the issue, accused the de Blasio administration of using “the bureaucratic quagmire as an excuse for not providing services.”

After the hearing, Jessica Tisch, the NYPD’s deputy commissioner of technology, said she felt “a huge amount of urgency” to get interim texting in place.

“You have my commitment that we are working really hard to make it happen,” she said.

Interim Commissioner Seb Formoso of the Department of Information Technology and Telecommunications, speaks at a Council hearing on Nov. 12, 2019. Photo: Ben Fractenberg/THE CITY

The city’s tech department is using VESTA Solutions, a division of Motorola, to handle the temporary texting upgrade.

The contract has ballooned from $28.3 million to $40.87 million, according to city contract records. City officials say some of that money has gone toward other projects.

Despite the cost overrun and delay, city officials are seriously considering also using VESTA Solutions to spearhead the broader NextGeneration project, according to tech department records obtained by THE CITY.

DoITT declined to detail what other firms are still in the running, citing ongoing negotiations.

The department expects to select a vendor in early 2020, Eusebio Formoso, DoITT’s interim commissioner, testified. It’s expected to take another four years before the system is fully operational, he added.

Emergency texting is seen as a crucial lifeline for people with hearing and speech challenges. Texting also can be a safer way to get help when making noise would up the danger, such as in hostage or mass shooting situations.

Tuesday’s Council hearing began with a panel of people who are among the estimated 208,000 deaf or hard of hearing New Yorkers describing how they are unable to call 911 for help.

Margaret Arnold, a member of the Court Legal Interpreting Coalition, detailed how she once got stuck at a mall parking lot outside Washington after missing a connecting bus back to New York City late at night.

She walked to the highway and tried to hail a police car, to no avail.

“I was terrified, it was dark, there was nobody there,” she recalled through a sign language interpreter.

She was finally assisted by someone inside a McDonald’s who agreed to call 911 on her behalf. A police car picked her up and let her sleep at a nearby station

Genna Teitelbaum, an attorney at Staten Island Legal Services, said her deaf clients who are victims of domestic violence often struggle to get help from the police.

One Brooklyn client, unable to call 911, took a bus to Teitelbaum’s office in Staten Island after being brutally beaten by her boyfriend, the lawyer testified.

“Text-to-911 would significantly improve accessibility of emergency services,” she added. “Such access is critical and potentially life saving.”