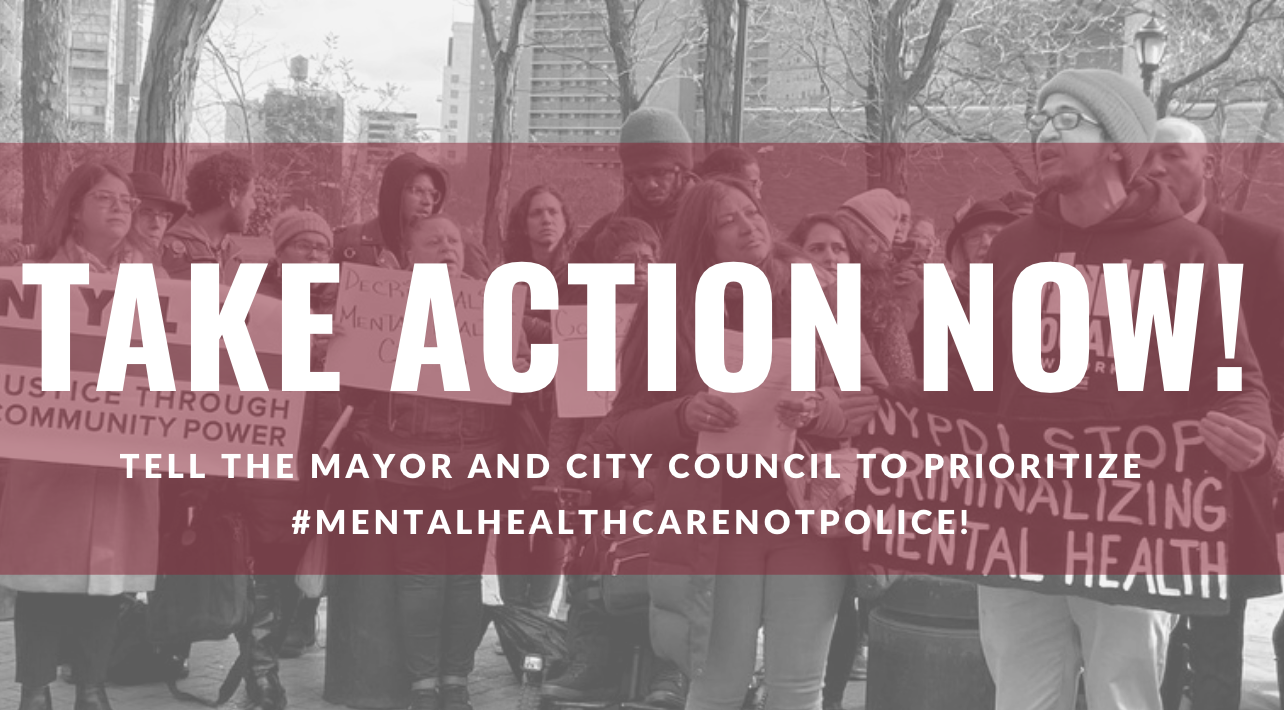 Thank you to those who responded to our urgent call last week to provide testimony to the City Council to help defeat racism, limit the role of the police, and support the rights of people with disabilities.

This week we ask you to support us in Phase Two of our critical campaign.

Two hundred thousand times each year, a family member, neighbor, provider, or a person experiencing a mental health crisis calls 911 for help. But there is no alternative to police responders in New York City, and in the last five years alone, 18 people — 15 of them Black or Brown — were killed by the NYPD when officers responded to a mental health crisis.

The Mayor has proposed to allocate $112 million for an alternate crisis response system. We applaud the allocation, but urge the City not to institute this plan, which is riddled with problems. Instead, we urge the City to institute the crisis response plan put forward by Correct Crisis Intervention Today – NYC (CCIT-NYC), which eliminates the police as responders to mental health crises, substitutes a health care response, and is modeled on a program with a nearly 40-year track record of a non-police crisis response that resulted in zero serious injuries to those experiencing a crisis or to the healthcare responders. The Mayor and the City Council must shift funds away from law enforcement and fund a health care response now!